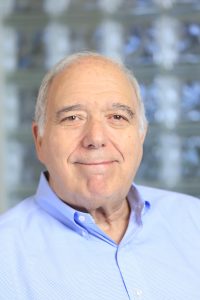 As Senior Vice President of  SFA, Arthur brings a wealth of knowledge and experience to the forefront. From 2001 until joining SFA, he was Managing Director with The Mainstay Group Capital Markets Consultants, in charge of developing compliance and operational initiatives domestically and internationally.

Arthur’s extensive operational and compliance background has also included working with KPMG and the Intrados Group in the former Soviet Union and Eastern Europe, where he worked with capital markets development in many capacities including creating a central depository, the Ukrainian Trading System, and regulators for new Securities Commissions.

Prior to that, Arthur held the post of Senior Vice President/Director of Operations and Technology with Johnson Lane and served as a member of the Board of Directors. In addition to Operations and Technology, he was responsible for Branch Operations administration. He created and managed a retail agency trade desk as well as a state-of-the-art Customer Service organization. Arthur is currently Chairman of the Financial Service Institutes’ Operations Council and member of the FSI Board of Directors. He attended New York University majoring in Investment Banking.